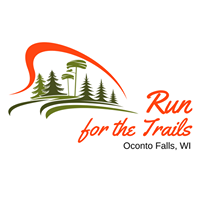 We are very excited to announce that all Run for the Trails participants will get access to a fantastic Post Race Party at The Penguin Again! Included in your registration will be a ticket for a free drink and food! Stay a while and enjoy the live music, too! The Penguin Again is hosting Penguin Days all weekend! It is just to be fun for the whole family! Live music by New Generation from 10 a.m. – 2 p.m. and the Annie Rose Band will play from 5:30 p.m. – 10 p.m. Kids and adults alike can enjoy face painting, bounce houses, and craft vendors. You might even see a dancing penguin!

The run takes place on Saturday, September 29, 2018, at 8 a.m. Starting point of the race and registration is ST Paper Stadium on the Oconto Falls High School grounds.

Proceeds from the race help us create, maintain, and expand the trail systems in the Oconto Falls area. The area offers beautiful trails, woods, and neighborhoods!

The 10th Annual Forget Me Not Fashion Show will be held Tuesday, September 18, 2018, beginning  at 5:00 p.m. at the Menominee Casino Resort in Keshena.

The evening begins with networking and great conversation, music and cocktails, while viewing the raffle baskets donated by local sponsors. A sit down dinner during the fashion show, which over the years have included Packer wife models such as Courtney Finley, Nicolette Burnett, Katie Blasko, Dawnielle Hundley, Alyssa Janis, Heaven Daniels, as well as Packer Defensive Lineman Mike Daniels, #76! While dining, models walk the runway showcasing latest styles and fashions from local boutiques and popular fashion chain stores. A live auction with our large item donations concludes the evening. 50/50 raffle, bucket raffles, live auction, wine wall, and chocolate wall are just some of the ways to win some awesome prizes that are donated each year.

Each year we honor those who have battled Alzheimer’s Disease and dementia, as well as those who have given their time, energy, and love caring for others suffering from these diseases. For your donation of $50 or more, you will receive a spot on the Honor Board during the Fashion Show. We invite you to honor and pay tribute as many times as you wish.

With the help of our many volunteers, sponsorships, and generous donations, this has become the gala event everyone waits for each year! Purchase your ticket for this sell out event!

Through The Forget Me Not Fund, Inc. we are able to keep money local in Northeastern Wisconsin and support causes that are dedicated to educating caregivers, along with sponsoring professional training, and Memory Cafes in Shawano and Oconto Counties. With a focus in Shawano County, Oconto County, Stockbridge Munsee, and Menominee Tribal Communities, we are able to provide local education and awareness while continuing to generously support the Greater Wisconsin Chapter of the Alzheimer’s Association in the efforts to end Alzheimer’s disease.

In 2007, a group of healthcare professionals, along with the Greater Wisconsin Chapter of the Alzheimer’s Association, started The Forget Me Not Fall Fashion Show, a fundraiser to support educational conferences for caregivers. Today this group is called the Wolf River Dementia Network, and helps families and caregivers in Shawano County, Oconto County, Stockbridge Munsee and Menominee Tribal communities. 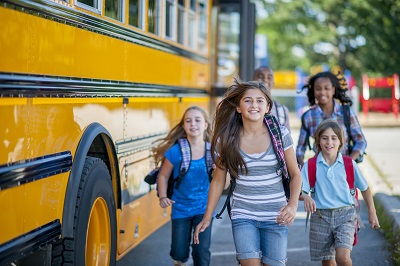 As a new school year approaches, HSHS St. Clare Memorial Hospital and its partner, Prevea Health, encourage everyone to make the health and safety of their family a priority. Every parent wants their child to have a successful year, and taking time to consider their needs for health and safety can help them start the year off right.

2. Obtain a physical. School and sports physicals are an important part of each school year, even if they are not mandated by the school. Yearly physicals enable your health care provider to monitor growth and development, update immunizations, determine risks for sports participation and discuss safety issues.

3. Backpack safety. Choose a backpack with wide shoulder straps and make sure your child uses both straps evenly across the back. Having all the weight over one shoulder can lead to muscle strain. Advise your child to pack lightly. A backpack should never weigh more than 10 to 20 percent of your child’s body weight.

4. Pack a healthy lunch. Most schools send cafeteria menus home, enabling you to plan your child’s lunches in advance. Pack a nutritious lunch on the days your child prefers not to eat the school’s main course. Go over the menu with your child and discuss the nutritional value of what is being offered. Steer them away from soda and dessert and toward low-fat milk and fresh fruit.

5. Fight the spread of germs. Before your child goes back to school, make sure he/she understands the importance of proper hand washing. Soap and water can do wonders in reducing your child’s risk of illness. A child should wash his/her hands properly before eating and after using the restroom.

6. Be safe while on the roads. Children should always use a seatbelt and be placed in car seats appropriate for their age. Talk to your child about safety while at the bus stop and crossing roads.

7. Turn off the screens. Set a limit for screen time to two hours or less each day. Electronics should be turned off at least 60 minutes before bedtime.

8. Get enough sleep. School-aged children need at least 10 hours a day of sleep. If your child has tended to go to bed and wake later during the summer, help them practice earlier bed and wake times now so they have time to adjust to a new schedule before the start of school.

For tips on helping children with their homework, visit: https://www.prevea.com/Your-Wellness/Resources/Helping-with-homework

40 children recently participated in Missoula Children’s Theatre’s THE PRINCESS AND THE PEA performances in the Falls Area Performing Arts Center.  The children and audiences had a new look at this classic story in an original musical adaptation by Michael McGill.

40 children recently participated in Missoula Children’s Theatre’s THE PRINCESS AND THE PEA performances in the Falls Area Performing Arts Center.  The children and audiences had a new look at this classic story in an original musical adaptation by Michael McGill.

350 of Wisconsin’s finest musicians experienced an incredible 16-day “trip of a lifetime” from June 27-July 12, 2018 as part of Wisconsin’s Ambassadors of Music European Tour.
These outstanding vocalists and instrumentalists represented Wisconsin and the United States while presenting musical performances and touring throughout Europe, including London, England; Paris, France; Crans-Montana, Switzerland; Vaduz, Liechtenstein; Seefeld, Austria; Venice, Italy; and Rothenburg, Germany.  Each participant was selected through nominations by their high school and college music directors.

The 2018 WAM Choir and Band performed a Pre-Tour Concert at Young Auditiorium on the UW-Whitewater campus before departing for the 16 day tour. Performances included a wide variety of sacred and secular music and choir and band students combined their musicianship for spectacular performances on “America the Beautiful” and “On Wisconsin.”

These fine musicians were able to visit many significant historical and educational sites throughout Europe, including Windsor Castle, the Houses of Parliament, Buckingham Palace, Trafalgar Square, Piccadilly Circus, the Theatre District, and the Tower of London (including the famous crown jewels) in London; Notre Dame, Sacre Coure, and the Louvre (including Leonardo da Vinci’s masterpiece and  the Mona Lisa) in Paris; the Matterhorn in Zermatt, Switzerland and the Montreaux Jazz Festival in Montreaux, Switzerland; the site of the 1976 Olympics in Innsbruck, Austria, the Dachau Concentration Camp in Germany, and the Medieval city of Rothenburg, Germany.

“This was an exceptional group of dedicated, hardworking, and talented musicians.  They were outstanding ambassadors for our community, Wisconsin, Northeast Wisconsin, and the entire United States.  I am extremely proud of each and every participant,” commented Choral Director Amy Thiel.

As per a proclamation by the Governor Scott Walker, the Wisconsin Ambassadors of Music were named the official ambassadors for the state of Wisconsin from June 27-July 12.

The next Wisconsin Ambassadors of Music European Tour is scheduled for  June, 2020. 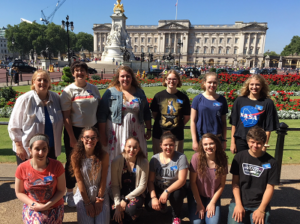